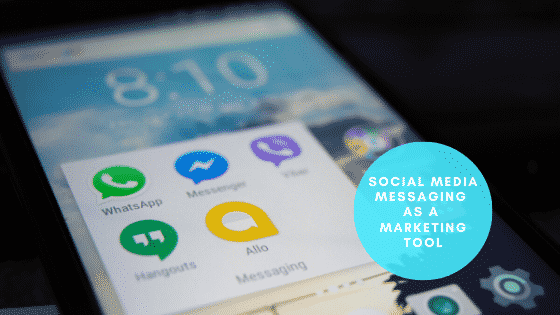 Sometime in 2015, a Facebook user informed Volvo about his plan to play paintball over the weekend. Suffice to say, this dude had a great sense of humour. Volvo could have left it at that. But they didn’t.

Volvo responded with a cheeky banter. They decided to surprise him with an image of Volvo’s car interior, showcasing the transmission and a gun next to it. With a message that said, “We know from some sources, that Tomek is going to play paintball this Saturday. Tomek, admittedly, we don’t have professional equipment for this sport, but we will lend you a professional Volvo car for the weekend! Drop us a message so we can discuss details!” 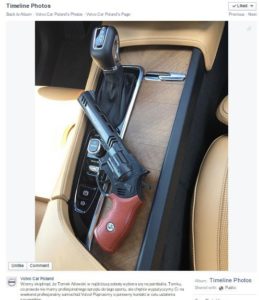 The post above received over 18k likes, 840 shares and hundreds of comments. Not to mention the buzz that the brand had created. By not taking themselves seriously, the marketing folks at Volvo managed to capture the attention (and possibly the hearts) of their customers. Heck, if I were looking for a car – I would have booked an appointment with their sales rep, like pronto. Moral of the story: B2B marketing need not be formal and uptight.

Brands that are not marketing on Messaging Apps are missing out in the channel where people are not only showing up the most but also where they are using their most authentic voice to communicate with their close friends and family. According to Business Insider3, the top 4 messaging apps now have a larger combined user base than the top 4 social networks. More than half of the respondents said that they are more likely to shop with a business they could message directly. This is particularly important for those residing in the APAC region, where more than half of all worldwide messaging app users can be found. Users also like sharing content via dark social (private channels that don’t register as social shares and don’t have a referral source attached). 84% of online sharing now takes place on private channels like direct messaging. Even if you’re not using a messaging app to market your business yet, your readers are likely already using them to extend your content’s reach! 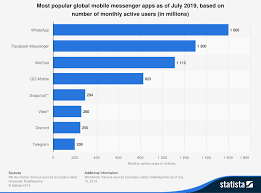 As of July 2019, WhatsApp, Facebook Messenger and WeChat reside at the top of the list, according to a report by Statista

This largest mobile messaging app has 1.6 billion monthly active users (MAU). Worldwide sending more than 50 billion messages every day. WhatsApp communication is based on phone numbers rather than friend connections as the app was originally designed as a straight replacement for SMS texting. More features like video messaging and document sharing make the service more robust and all the messages sent through the app are encrypted for security.

Direct messaging was originally incorporated into the main Facebook interface and has now become its own app: Facebook Messenger. Offers the same basic functionality as WhatsApp but designed for communication between people connected as Facebook friends, rather than using phone numbers. The platform makes it a key app for business bots with 100,000 monthly active bots currently in the system. A whopping 20 million Facebook pages are active on Messenger and including automated messages. People exchange 2 billion messages per month with businesses on Facebook Messenger.

WeChat has more than 889 million monthly active users. While more than 90% of the current users are in China, WeChat is also Africa’s fastest-growing social communications platform. WeChat features vary by region, but in most cases, this chat app offers much more than just messaging with services like WeChat pay and WeChat Wallet combining with chatting and games to form an entire mobile ecosystem. 21% of WeChat users in China access the service more than 50 times per day.

Although not included at the top of the list, Kik has huge potential moving forward (hence worthy of mention). The app bills itself as the “only chat platform built especially for teens”. It has 300 million registered users between the ages of 13 and 23. With a focus on teens, the interface is designed to seamlessly incorporate GIFs, stickers, photos and emojis. Kik was one of the first to embrace bots in messaging and encourages users to interact with bots individually or in groups for content and games.

How to use Messaging Apps for Marketing

Messaging Apps provide a much more personal and direct form of communication than traditional social networks or other forms of marketing – you need to take a different approach that puts the customer’s wants and expectations first.

Messaging apps bring customer service back to real-time. Customers expect real people to be available and may expect you to be reachable 24 hours a day. Ensure that the people managing your messaging apps are empowered to resolve customers’ issues quickly. According to a Forrester Research5, 73% of online adults say that valuing their time is the most important part of providing good customer service. In the same vein, offer young customers a memorable customer experience that makes them feel valued as a customer. Gen Z doesn’t want sales gimmicks or flashy advertising.

According to Kik, brands using chatbots have 3-4 times higher open rates for push notifications than the typical open rates for brand emails. Messenger bots create a fun, interactive experience that leads to valuable insights for both customers and brand. Sephora’s Kik bot quizzes to glean information about the products a certain user is interested in. 70%-90% of users who chat with lifestyle brands complete the quizzes they offer – an incredible completion rate that is worth noting.

Messaging Apps give content providers an easy way to connect with their target audience and open up a huge new potential set of followers. Buzzfeed utilizes WeChat to connect users with content based on keywords like cats, lol, fail and win. Rather than having to navigate to the Buzzfeed site or search for articles there, users can simply text one short keyword within the WeChat app. CNN’s Facebook Messenger bot uses a similar method to provide content based on keywords. It also learns about the user with each interaction, allowing the bot to provide even-better content recommendations.

In a landscape where customers crave privacy, security and authenticity – social media messaging apps meet with that need. With other advantages at their disposal such as not having to compete with algorithms, vast untapped space, high open rate and the fact that they’re free (for now at least) – messaging apps offer features that favour marketers too.

While Korea seems like a difficult market to penetrate and its seemingly paradoxical inclination towards something familiar but different, it is still possible with the right planning. At 90 Degrees Asia, we not only manage your blog and ad campaigns, but we also provide customer services such as answering queries and appointment setting in the Korean Language. Get in touch with our digital marketing specialists here to find out how we can help you achieve your marketing goals. 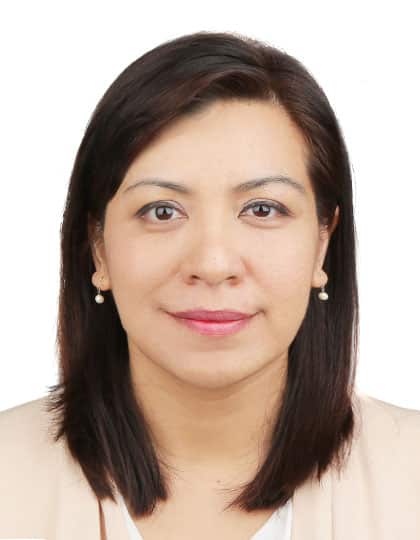 Content Strategist in Asia Pacific digital marketing with an interest in Corporate Social Responsibility and Public Relations. She practises yoga in her free time.

Should Your Business TikTok?